ZICO "KING OF THE ZUNGLE" TOUR 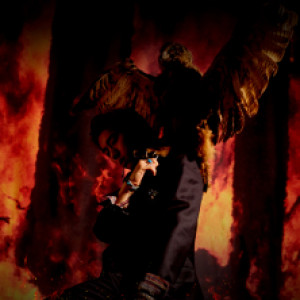 ZICO “King Of the Zungle” Tour

Seoul, South Korea (August 13, 2018) - ZICO, Korea’s multi-talented rapper and leader of popular kpop boy band Block B, announced the cities to the Europe leg of his first solo world tour - ZICO “King Of the Zungle” Tour. Presented by MyMusicTaste, the Europe tour will kick off on September 26 in Madrid and stop in London, Berlin, Warsaw, Amsterdam, and Moscow. The complete list of tour dates can be found below.

In addition to being ZICO’s first solo tour since his debut, ZICO “King Of the Zungle” Tour is more meaningful to both ZICO and his fans because the stops have been selected based on fan requests on MyMusicTaste, an online service that brings together music fans to request their favorite artist’s concert.

Since his debut as a member of Block B 2011, ZICO has been expanding his career as a rapper, producer, and composer by writing hit songs for both Block B and his solo act. He has collaborated with a number of top artists including Crush and Dean, building a strong reputation in the Korean hip-hop scene. The all-star collaboration debuted at No.3 on Billboard’s World Digital Songs chart and was nominated as the top-selling K-pop song in the United States. After a year of hiatus since his last EP Television, ZICO recently made a solo comeback with single SoulMate featuring IU and once again topped all the Korean music charts.

ZICO “King Of the Zungle” Tour in Europe Schedule:

MyMusicTaste is a fan initiated live event making service that brings fans, artists and promoters from all over the world together in one place to create a valuable and meaningful concert experience for everyone involved. MyMusicTaste puts the power in the fans' hands, allowing fans to request their favorite artist's concert in their city. With the mission to connect and amplify the voices of fans all over the world, MyMusicTaste successfully promoted concerts of artists such as EXO, GOT7, MONSTA X, The xx, Machine Gun Kelly, and more in over 52 different cities. With the simple idea--empowering fans to bring their favorite artist’s concert in the city of their choice based on fan demand--MyMusicTaste is challenging the $27 billion concert market through cutting-edge technology and a sophisticated, user-friendly service. Currently www.mymusictaste.com supports more than 30 countries and offers 15 different languages.

Seven Seasons was founded in 2013 after Block B joined this new agency. While Seven Seasons was originally the record label of Block B only, the company has changed its system and been preparing to become a major entertainment for multiple artists. The company is most notably known for its worldwide artists including Block B and Babylon.

ZICO "KING OF THE ZUNGLE" TOUR